Triaxis are a female fronted heavy metal band from Bristol and South Wales. Since forming in 2006, Triaxis have released three full-length albums to critical acclaim including plaudits from Metal Hammer, Terrorizer, Zero Tolerance as well as coverage and praise from many leading music websites. The band’s powerful live show has earned them numerous appearances at legendary metal festivals including Hammerfest (2011 and 2013) and Bloodstock Open Air (2009, 2012 and 2015), as well as gigs and tours with metal veterans such as Queensryche, Blaze Bayley and Girlschool. Their recent release ‘Zero Hour’ was funded through a PledgeMusic campaign, which achieved 100% of its target in nine hours via unprecedented support from Triaxis fans. This album has proved to be their most exciting offering yet, proving that the heavy metal genre is still thriving. 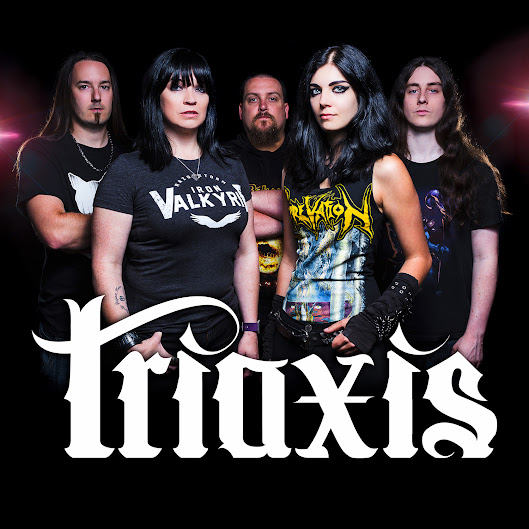