Kikamora are a 5 piece Hard Rock band based in the southwest of the UK. Kikamora formed in early 2015 and can be described as a thumping fusion of classic hard rock and blues. Expect pure gritty Hard rock with thick bass lines, screaming guitar, raspy vocals and thunderous drums. Every show is 110% energy and not to be missed.

Since forming in 2015 Kikamora have recorded “Old Rosie” Demo’s and 4 track ep available at gigs and online through our Pledge Music campaign toured the UK relentlessly.

2016 Will see the release of “In The Henhouse” the first official Kikamora release in the shape of a new 5 track EP. In 2016 Kikamora were entered into the exclusive battle of the bands competition Highway to Hell with first prize being a 2 album deal with Off yer Rock record and a chance to play Hard Rock Hell. 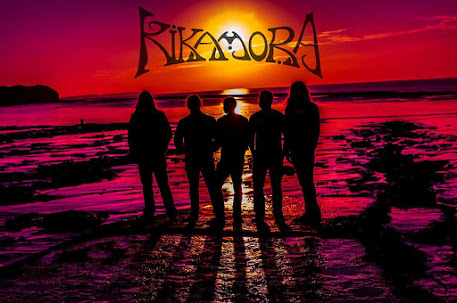