Cécile is a singer-songwriter based in Bristol, UK. Her debut EP Ten Past Twelve was released in 2015 and is the fruit of collaboration with musician/producer Jack Cookson. Cécile sings in both French and English with a voice that silences rooms, accompanying herself with gentle nylon string guitar arrangements, resulting in a harmonious and emotive texture similar to the likes of Kate Rusby and Leonard Cohen. She has recently toured East France and has been performing in the UK throughout the year, both headline and support. “Harmonious acoustic effort […] Clever and highly emotive piece of work”. Bristol Live Magazine “Simply wonderful yet wonderfully simple”. Hassles “Mesmerizing live performance”. BCFM Radio 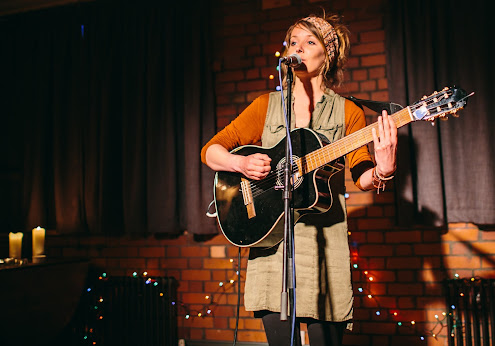